With the REX File Import feature that is built into the Stylus RMX Standalone, it’s a simple matter to import your own REX files or any commercial REX libraries (compatible with all ReCycle format files, including REX1, REX2 and .rcy files). This means that Stylus RMX is not simply a great groove / percussion library, but it’s also an extremely versatile production tool that is capable of using any audio loop.

From the View Menu in the upper left, select “Import REX Files.”

Using the dialog box, navigate to the REX file, folder, or library containing REX files you wish to import and click “Open.” 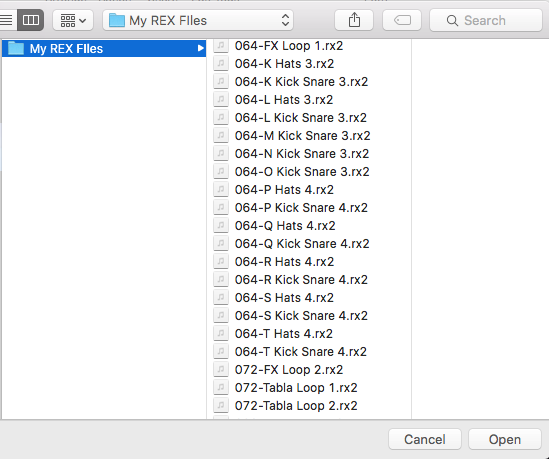 A dialog will appear with the results of the import (it can take awhile if there are large numbers of REX files) and you’ll get a confirmation that they were converted and saved properly.

Once the import is complete, the loops will be ready the next time you open RMX. The converted REX files are accessed via the User Libraries Directory. 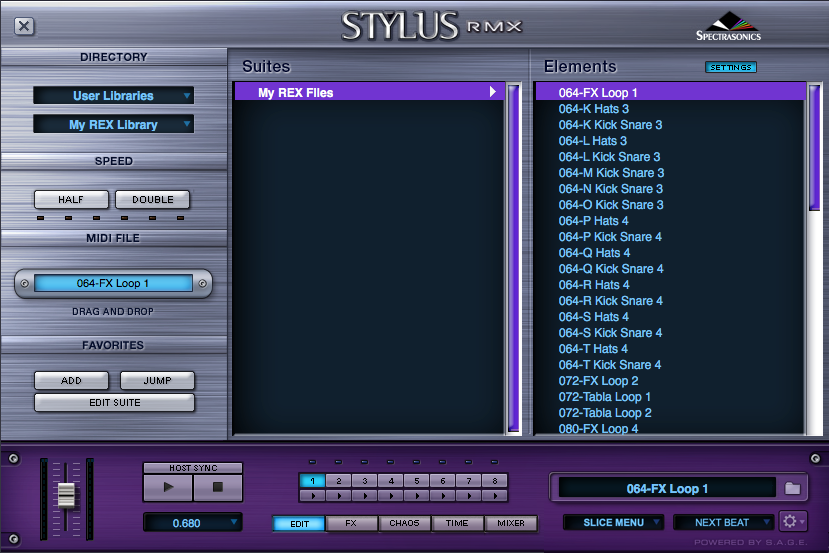 *You can reorganize Directories, Suites, and Elements once they have been imported. Please see the chapter on Organizing User Libraries for information on how to manage and customize your libraries.