The User Libraries directory contains all of the converted “non-Groove Control” audio loops imported with the REX File Import feature in the Standalone.

If you batch convert an entire REX library by using drag and drop in REX File Import, a new library directory with corresponding Suites will be created automatically.

If you convert Suites of REX files, they are first placed in the Converted REX Files library directory.

Since the list of Converted REX Suites can get very long over time, you can manually reorganize the suites directory on your drive.

Simply create your own Library directory folders inside the SAGE/SAGE Libraries/User Libraries folder, and move the desired Suite directories into them. 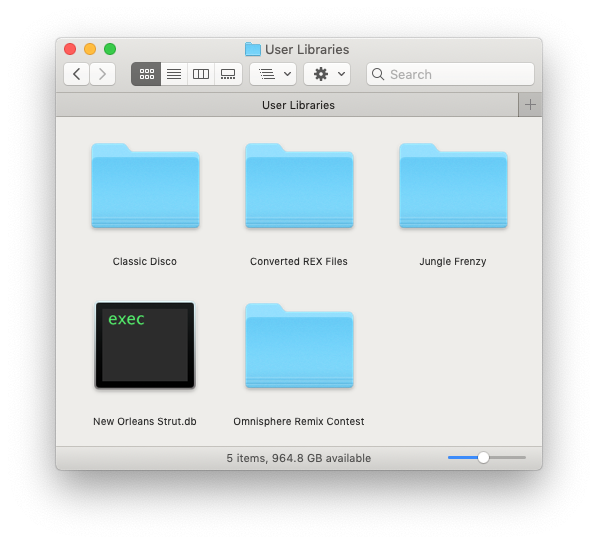 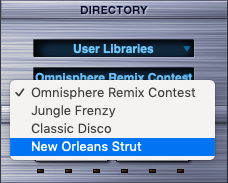 !It is important that you only move, rename, or delete entire Suite directories. Do not attempt to manually move, rename, or delete single Elements within Suites. This will cause those Suites and Elements to break and not work correctly in Stylus RMX. If you wish to reorganize or rename at the Element level of your user libraries, you must do so in the original REX files and then re-import again with REX File Import option.