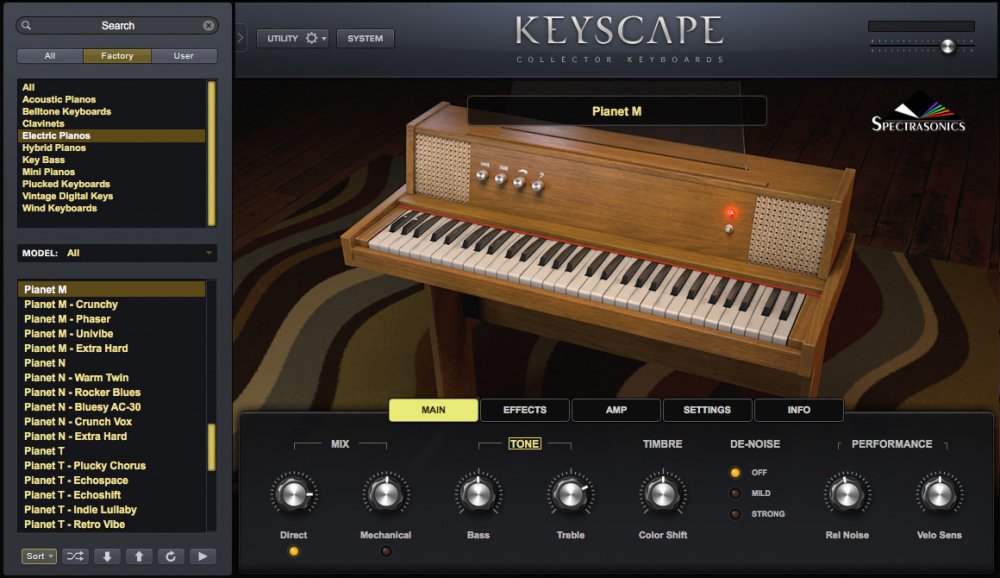 The Pianet employs foam and leather pads which stick to the tines. Depressing a key causes the sticky pad to pull on the tine, bending it upward and when it lets go, the tine vibrates. The Pianet M used a silicone activation pad, new metal composition for the tines, and passive pickups. The Pianet M is enjoying a resurgence in popularity due to the availability of replacement parts.