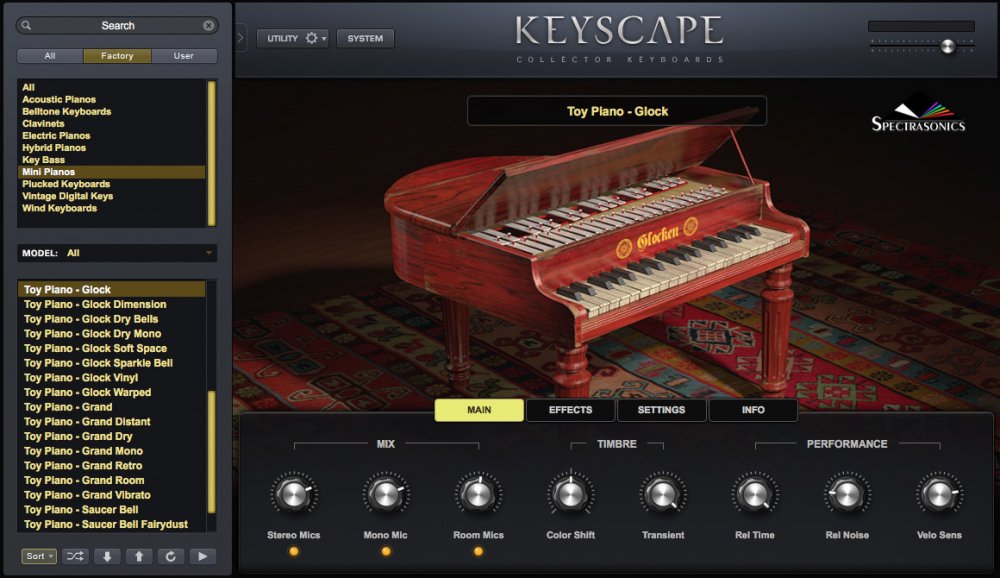 Toy Pianos were originally made in the 1800s in Germany and utilized a simple keyboard action with wooden hammers which struck tuned glass bars instead of strings. In the early 18’70s, Albert Schoenhut developed durable metal bars, similar to a glockenspiel. This Schoenhut® Glockenspiel Toy Piano dates from the early 1900s. We recorded its beautiful tone with stereo close and room mics.

Toy Pianos were made in many forms – from those shaped like miniature grands with ivory keys, to replicas of upright pianos, with only white keys and the black keys painted on. This diminutive keyboard has made regular appearances in popular music and American composers John Cage and George Crumb furthered its “serious” reputation by embracing the toy piano as a viable instrument in the concert hall. There is even an annual Toy Piano Festival at the University of California, San Diego. The Schoenhut Piano Company is still in business today.