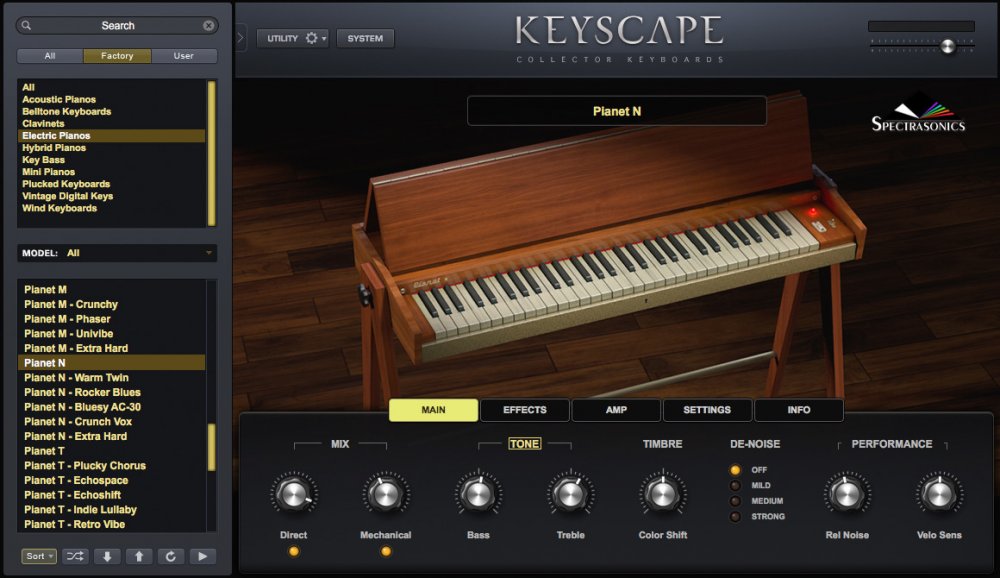 Originally intended for home use, the Pianet was created by Hohner’s visionary designer, Ernst Zacharias, also the inventor of the Clavinet®. Pianets were in production from the early 1960s to the early 1980s. The signature sound of the Hohner® Pianet N was heard in The Beatles’ “I am the Walrus,” “Summer in the City “ by The Lovin’ Spoonful, and in many other hits of the 1960s.

The Pianet employs foam and leather pads which stick to the tines. Depressing a key causes the sticky pad to pull on the tine, bending it upward and when it lets go, the tine vibrates. It uses powered pickups and a photo-sensitive amplitude circuit for the tremolo. With no sustain mechanism, the Pianet has a crisp staccato sound. The rare Pianet N is enjoying a resurgence in popularity due to the availability of replacement parts. This immaculate and pristine Pianet N is from the eclectic vintage keyboard collection of LA session keyboardist, Zac Rae.