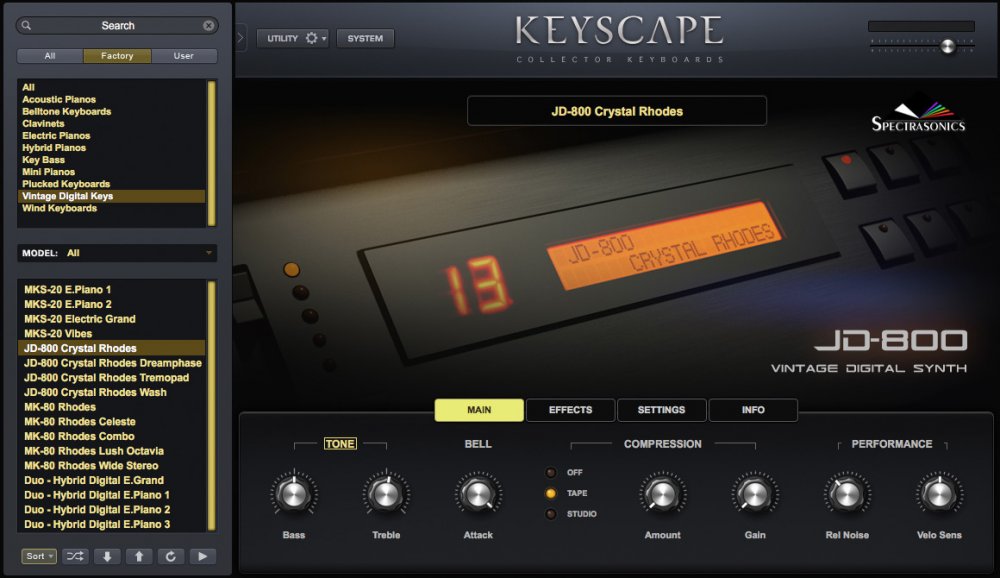 By the 1990s, the ubiquitous DX-7 E.Piano sound had run its course, but keyboard players still wanted an electric piano sound which had that modern, glossy sheen. At that time, Spectrasonics President Eric Persing was deeply involved in developing all the core waveforms and Factory preset sounds for the legendary JD-800 synthesizer.

One of Eric’s JD-800 factory patches – called “Crystal Rhodes®” – became another instant classic digital sound and was used on nearly every pop record of that era. The sound worked perfectly when layered with other instruments and particularly when layered with a MIDI’ed Fender Rhodes®!

“Crystal Rhodes®” was also found on the rack-mounted JD-990, but it never quite matched the perfection of the JD-800 version. This “Vintage Digital” Patch works incredibly well in our “Ultra 80s” Duo Patch in Keyscape, which is combined with the incredible LA Custom “E” Rhodes®….it’s just THAT sound!