Click the down-arrow to the left of the Waveform display to reveal a drop-down menu listing Omnisphere’s DSP wavetables. There are over 500 wavetables in Omnisphere and they are listed in the directories below. Use the SHAPE slider to get an idea of the sonic results each wavetable can produce. 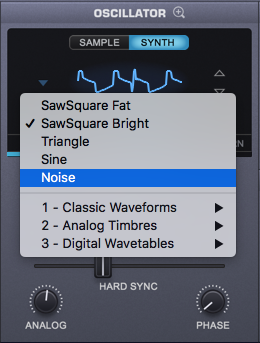 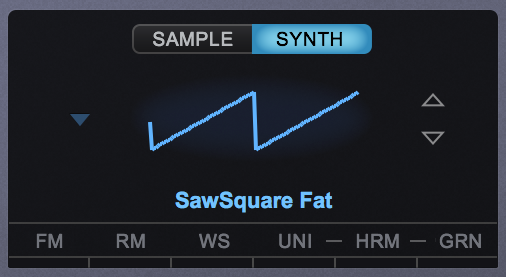 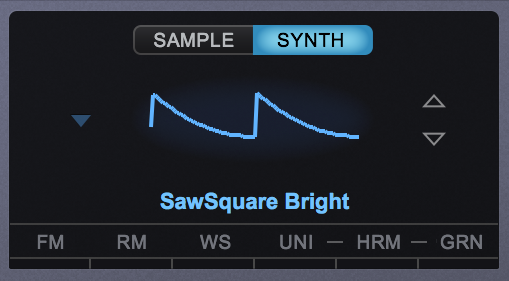 These two waves can be traditional Sawtooth or Square waves—and anything in between, which is why they are both called SawSquare. Moving the SHAPE slider in the MAIN sub-page will demonstrate the continuous contour change from a Sawtooth to Square.

The Bright and Fat versions of the SawSquare waveform are similar, but with a different character. The SawSquare Bright has a bit leaner and buzzier timbre and is excellent for polyphonic applications. The SawSquare Fat has a thicker sound, especially in the low end and is ideal for monophonic lead sounds. 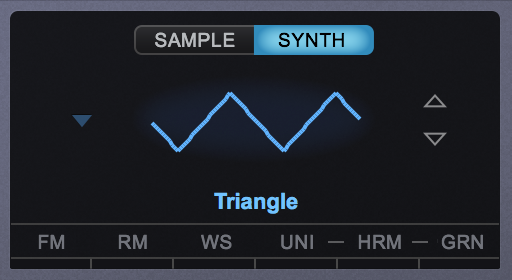 A Triangle wave is more symmetrical than the SawSquare waveforms and has a mellower character, as it contains fewer overtones. By moving the SHAPE slider towards maximum it will sound richer and more like a Square wave. 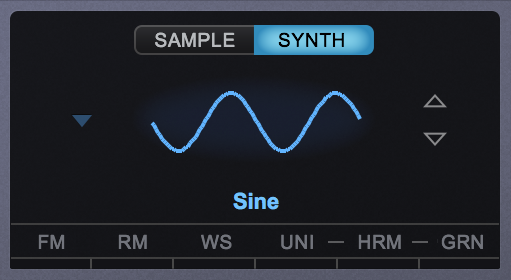 The sine wave is the most symmetrical and since it has no overtones, it sounds very pure. But with the SHAPE, SYMMETRY, and HARD SYNC controls, overtones can be added to alter its character. 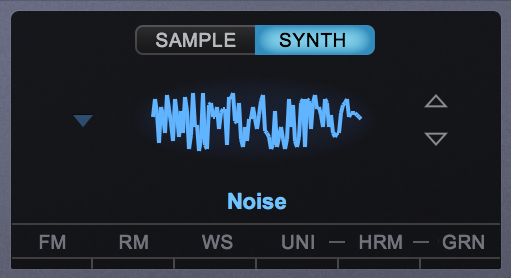 Just like the color white contains all colors, White Noise contains all frequencies at equal amplitude, therefore it is pure noise. Since changing the wave’s contour with the SHAPE control would not normally make any difference to noise, the three sliders in the MAIN section have different functions when the Noise waveform is selected.

This directory contains traditional waveforms (Pulse, Sawtooth, Square, Triangle, Sine, and a variety of sub-oscillators) modeled after vintage and modern synths. It is interesting to hear how the character of these simple waveforms changes depending on the synth they were modeled after. Most of these wavetables contain two waveforms from the same synth in order to maintain the modeled synth’s character when SHAPE is used.

The wavetables in “Analog Timbres” are modeled after sounds created with analog synthesizers that are more complex than those found in “Classic Waveforms.” They range from aggressive to warm and the amount of waveforms per wavetable varies, and SHAPE produces many interesting timbres.

The “Digital Wavetables” directory contains sounds modeled after a wide variety of digital synthesizers—both hardware and software-based. Because of the nature of these sources, this directory contains the most sonic variety, ranging from edgy, to warm, to bell-like. You will find classic digital PPG-like sounds and modern, aggressive sources for new Patches. The amount of waveforms per wavetable varies and the more dramatic-sounding ones (using SHAPE) are in the “Sweepers” subdirectory.