The vast majority of Omnisphere Patches will play comfortably within your host, without over-stressing the computer’s CPU or memory. But some Patches employ sophisticated effects or large numbers of streamed samples, and those may require special attention. If your system is not configured properly, streaming some Patches may not be fast enough and may produce audio glitches. Additionally, some Patches use CPU-intensive FX units which might result in CPU overload, which could cause audio glitches.

This section describes actions you can take to minimize audio glitches and CPU overload. You should consider all the actions listed, but note that some actions may not be appropriate for your circumstances. The actions are listed in roughly the order you should consider them: starting with the easiest and highest payoff actions. In some situations, you may need to perform several of these actions to remedy CPU overload issues.

When Omnisphere is loaded with a large number of samples, CPU overload or streaming issues may arise. This is most likely to happen when multiple large sample-based Patches have been loaded into multiple Omnisphere parts, or when using patches originating from the Keyscape instrument. In these situations, if you encounter audio glitches related to streaming, the first step is to thin the samples. Thinning only helps for sample-based patches: it has no effect on synth-based patches. Thinning is enabled by turning on the Lite Version button at the bottom of the Patch browser window. You may need to expand the browser window first to reveal these buttons:

An alternative way to thin sample-based Patches is with the SAMPLE THINNING button in the Soundsource Zoom page. This page gives you detailed control of exactly how the samples are thinned.

Alternatively, if you are using Keyscape Patches in Omnisphere, you can use the THINNING button on the Settings Page. This will reload the patch with a reduced number of samples. The thinned versions of the Patches have been optimized to maintain the highest possible quality for each sound. The THINNING button can also be locked, ensuring that all Keyscape Patches load the thinned version automatically.

Omnisphere allows up to 64 notes to be played simultaneously. You can adjust the maximum number of notes with the Voices menu on the Main Page. High values can put tremendous demand on the CPU, so reducing the Voices limit can significantly reduce CPU usage. Reducing “Voices” to 16, or 10, or even fewer is an early action you should take to eliminate CPU overload.

If your song is overloading the CPU, the host’s CPU meter should indicate an overload condition and the host should notify you via a message. In this situation, audio glitches will likely occur. One solution is to increase the host’s audio buffer size. Increasing the buffer size diminishes the CPU load and reduces audio glitches, but at the price of increasing latency. A buffer size of 256 is usually a good compromise between good performance and acceptable latency, but a larger value may be needed if you need more CPU power. You set the host buffer size in the host, not in the Omnisphere instrument. Each host has a unique process for setting the buffer size, so consult your host’s documentation for details. For example, the Logic host uses the Preferences-Audio-Devices page, and the buffer size menu appears like this:

Omnisphere has been designed for optimal playback at 44.1k or 48k sample rate. If a host’s project sample rate is higher than this (88.2k, 96k, 192k, etc) it can significantly reduce Omnisphere’s performance, without any real sonic benefit. In fact, certain patches may not play correctly at higher sample rates. We recommend keeping your host’s sample rate at 44.1KHz or 48KHz for the optimal experience with Omnisphere. Each host has a unique process for setting the sample rate, so consult your host’s documentation for details—typically it is within the host’s Preferences page. 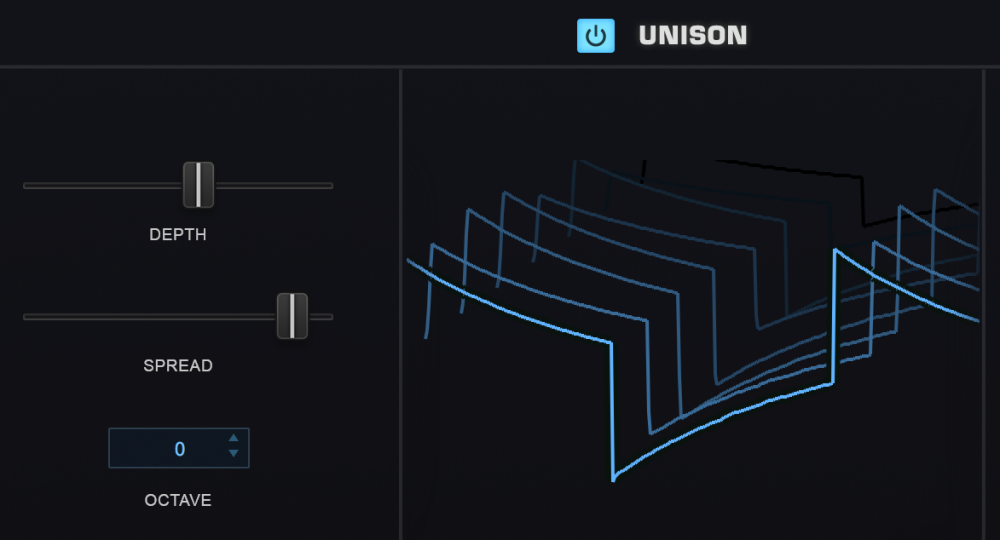 It’s easy (and fun!) to use all of the oscillator sub-pages at the same time, but used together these can demand a significant amount of CPU power. Using them sparingly will often lead to better sonic results and be easier on the CPU load.   

There’s a lot that can be done with a single Layer. If you can achieve the desired sound or complexity using one Layer instead of two or more, it’s likely that a significant amount of CPU power can be conserved.   

Using Common or Aux FX racks whenever possible is a great way to save CPU power. Instead of loading separate delay units into each Layer FX Rack, try sharing a single unit in the Common or Aux FX Rack.      

The Waveshaper is a great feature, but it can be very CPU intensive, because it is polyphonic. To save CPU, you can try alternate approaches to achieving the desired sound. For example, try experimenting with the Toxic Smasher effect unit first. You could get similar results without putting as much demand on the CPU.   

Both FM and Ring Mod have dedicated Oscillators, thus using additional CPU power. Combining these with additional Oscillator features like Waveshaping or Unison can require a lot of extra processing.      

Modulation routings sometimes use CPU power, so be sure to remove any unused routings. For example if you are modulating FM Depth with a Mod Envelope, but then decide to turn FM off, remove the modulation routing to further reduce demand on the CPU.   

The performance of Omnisphere depends on the speed of the drive that the STEAM data is stored on. The fastest drives are Solid State Drives (SSD), which are preferred over HD disk drives which use a spinning platter. In addition, it is strongly recommended that the STEAM data be placed on an internal drive, using an internal bus such as PCIe or SATA. If you must place STEAM on an external drive, we recommend a fast connection such as Thunderbolt or USB3. If using USB3, make sure the computer supports the USB3 interface.

If you have finished arranging a track with Omnisphere, and are still encountering audio glitches, a solution you can consider is the host’s bounce/freeze capability. Bouncing/freezing will convert the MIDI track containing Omnisphere into an audio track (WAV or AIFF). If you need to edit the track after bouncing/freezing, hosts generally have an “unbounce” or “unfreeze” capability. Each host has a unique process for bouncing or freezing a track, so consult your host’s documentation for details. For example, Logic’s bounce feature is within the File > Bounce menu; in Ableton Live use the menu File > Export Audio/Video. If the host provides two bounce/freeze modes (offline and realtime), try them both. Offline bouncing typically yields better results for streamed samples, but realtime mode may also be satisfactory.

Consolidate patches into one instance? It depends on the host.

On the other hand, if your host supports multi-core processing, it may be advantageous to use multiple instances of Omnisphere and spread patches across the multiple instances. The host may allocate each instance of the instrument to its own core, which could improve software performance. Distributing instruments across multiple cores is managed by the host (not the instrument). Consult your host’s documentation for guidance.